I mentioned in a previous post that we have had our first full week with no scheduled plans.  No appointments, no meetings, no pre-scheduled outings (or just for fun lunches!)  At first I was a little unsure of how an entire week with no real schedule was going to play out.  My initial thought was, ‘Uh-oh’, but very quickly I realized what a treat it was going to be for us to just get to be together and enjoy J’s beautiful country and some time as just us. 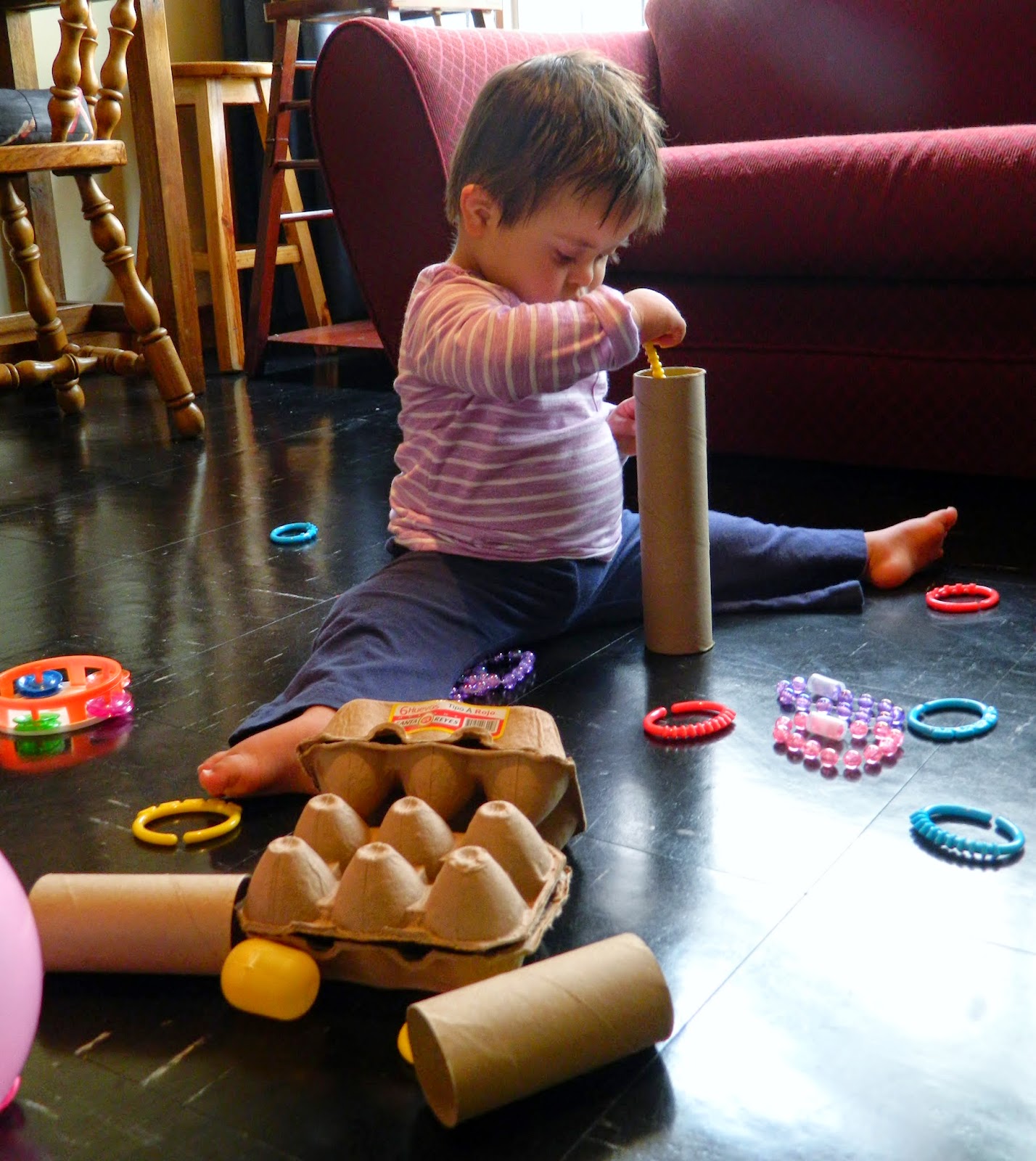 So, what DID we do?  Well, we created some Mama and Josie adventures.  We spent time simply hanging out. We played, A LOT. Someone loves the silliest toys (and things that can be thrown).  I’ve started saving the cardboard egg cartons, TP and paper towel rolls. Also containers with lids.  She loves to fill them up, I put the lid on, she pulls the lid off and dumps it out, only to fill it up again and repeat….over and over and over! 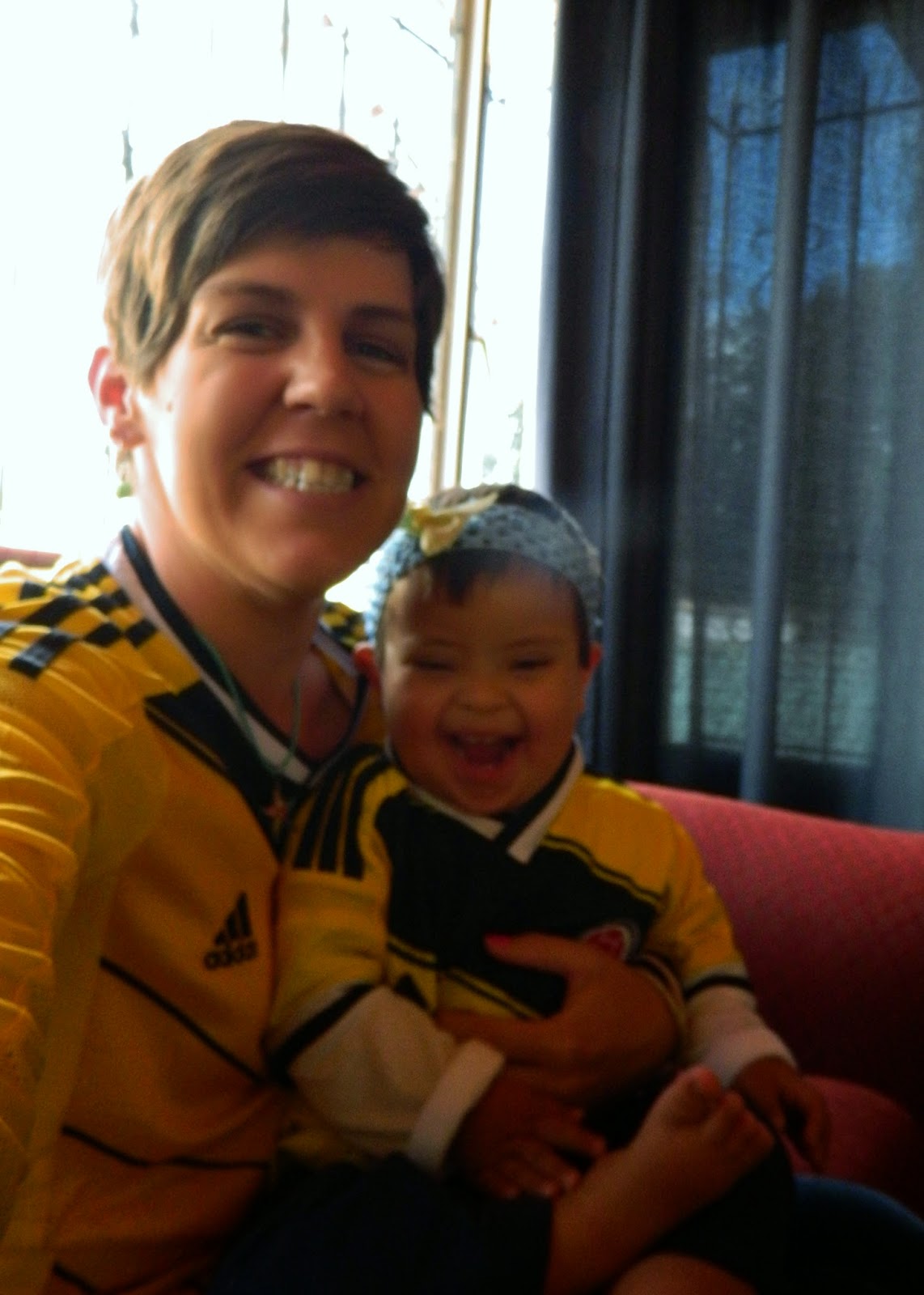 We took our daily (or maybe every other day) trips to Carulla for groceries.  It’s just easier to only get a day or two worth of food at a time and it gives us something to do!

We watched Colombia with their first two matches in the World Cup. And listened to the city go CRAZY at each ‘Goooooooooaaaaaaaaaaal’.  We had to get matching jersey’s so we could fit in around here! 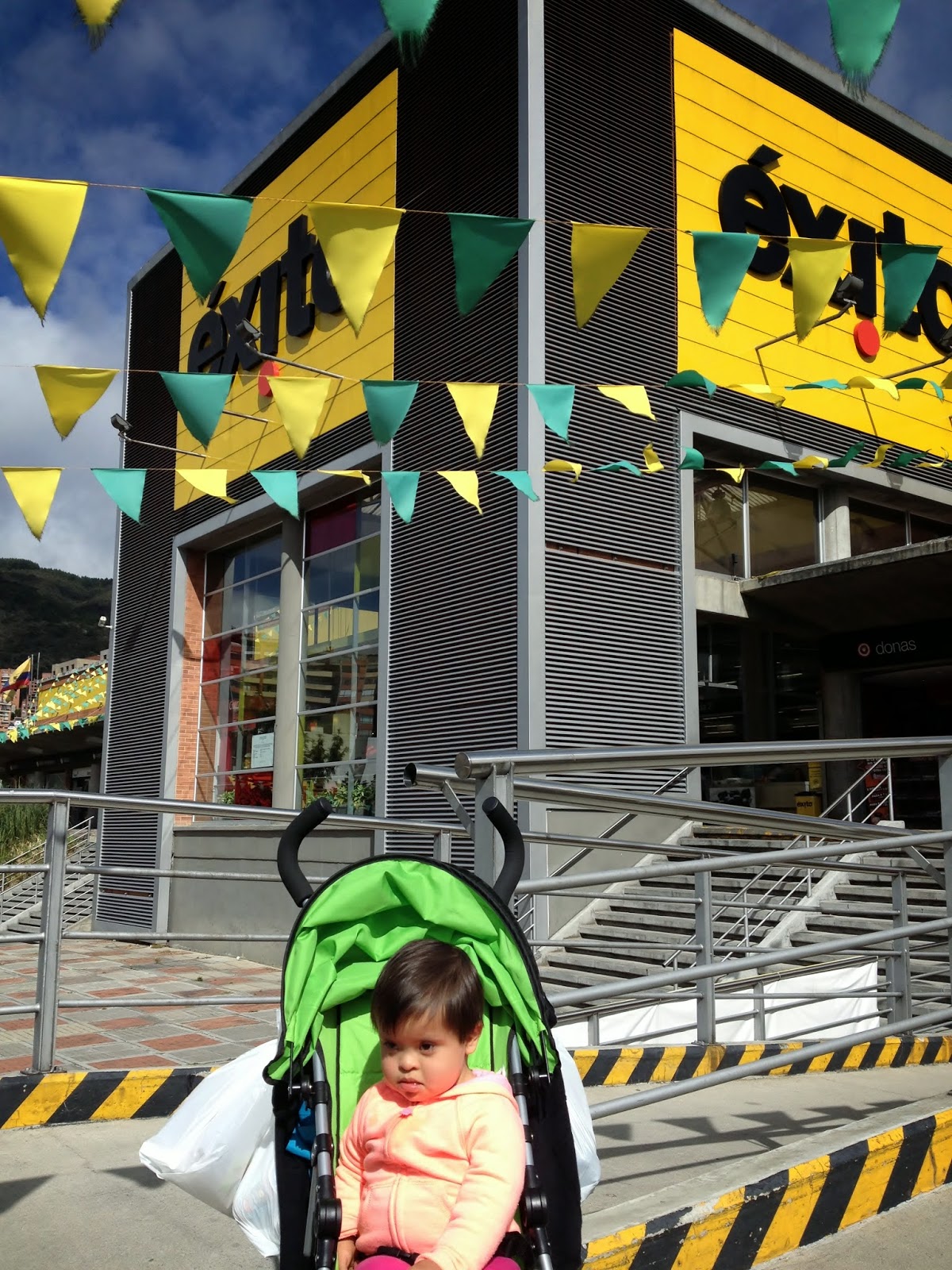 We attempted to walk Ciclovia again on Sunday and I had originally thought we’d go all the way to the mall, but realized just after starting out, that it was election day here in Colombia and so, no Ciclovia.  So, we just settled for the ‘Wal-mart’ like store called Exito.  Things are a little cheaper there, so it’s a good place to grab diapers and wipes!  Sometimes when you go, they hand the kids a sucker at the door as you walk in.  I guess they think it keeps the kids happy while the parents shop.  There is also a great little pastry kiosk by the entrance. It sure is a good thing we do a lot of walking here, otherwise, I’m sure I’d gain 10 pounds during my stay!

There is a little mall closer to us, that has a few little rides and kiddie area on the lower level. They also 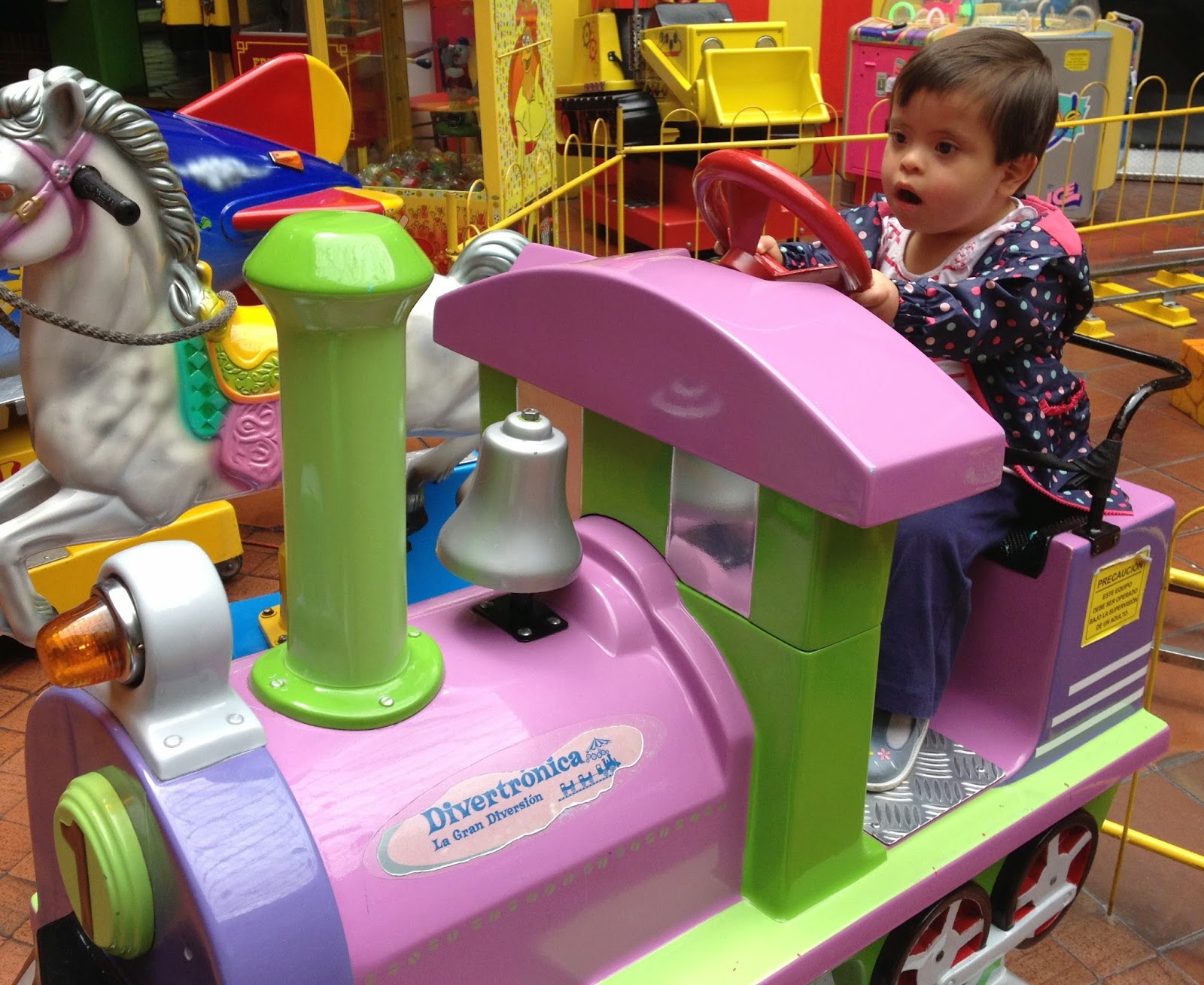 have a few different food kiosks that have a variety of different types of food.  J loves to ride this certain little train and it’s only $.50 for a token so I buy a couple and we hang out there for a few minutes.  She really enjoys just sitting on the different rides even if they’re not moving. We walked over a few times to ride the train. AND we actually tried out two of the other rides with tokens.  She was not sure about Pinocchio, but the clown car was a hit. 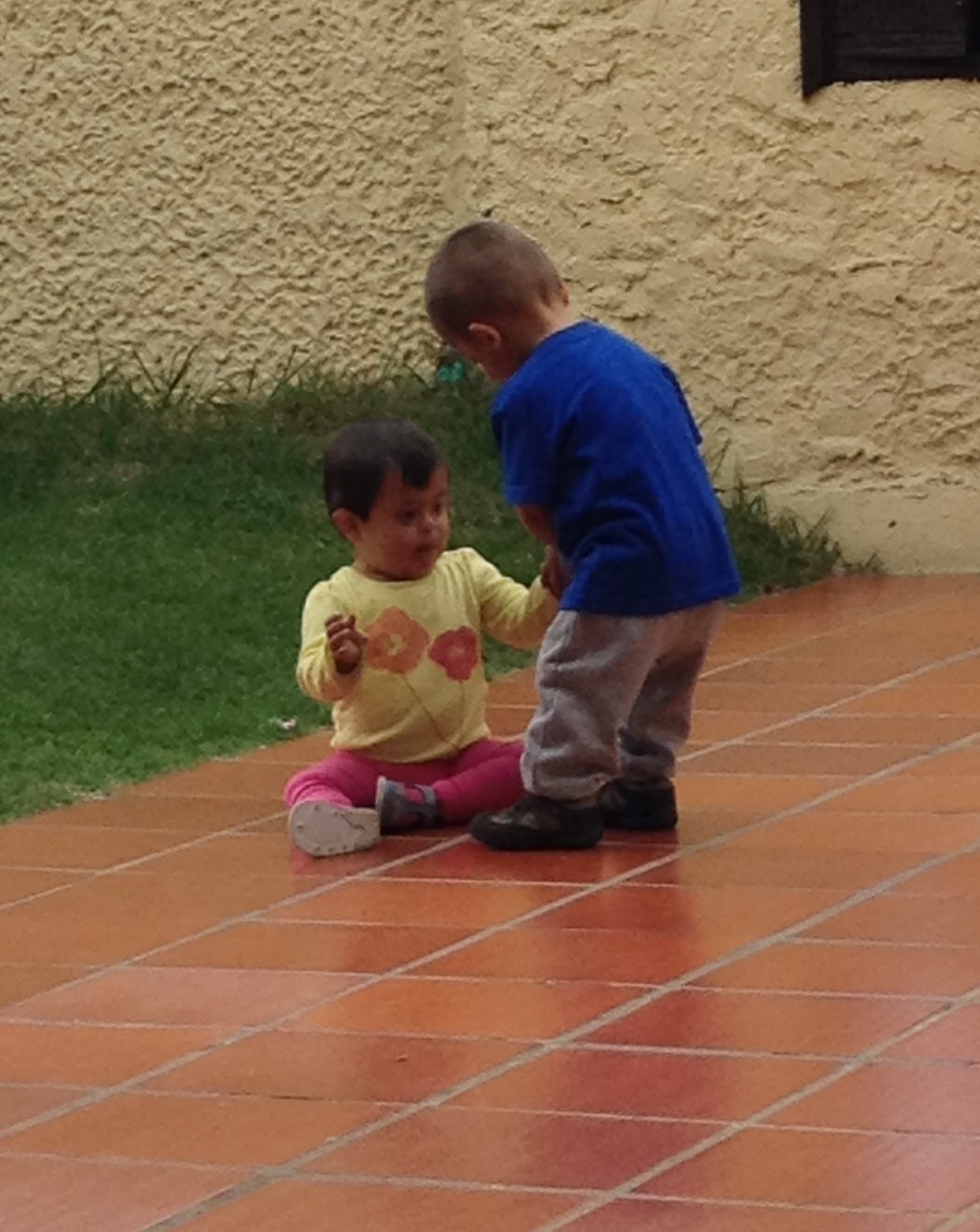 A new family arrived very early a week ago Sunday and had their encounter day last Monday.  The little boy they are adopting is from the same place that J was.  And we’ve been told they did a lot together.  I finally got to meet him last  Monday afternoon and it was quite entertaining watching the two play outside.  I would LOVE to have been able to read Josie’s mind when she saw him and while they were together.  She definitely seemed to recognize him and I think may have been a little confused at moments, as she just stared with the ‘I’m not sure what to think right now’ look.  By day two, they were playing like siblings.  It’s so funny to watch them.  He likes to ‘scold’ her and she likes to tease him a bit.  They really do act like brother and sister, best friends one moment and ‘yelling’ at each other the next.  He is really sweet and J loves to watch him run around and be silly.  Sometimes, I wonder if she thinks he is her own personal entertainment.  They have their own form of communication.  The adults have no clue what their little grunts and noises mean but they carry on their own little conversations pretty well.

We spent A LOT of time outside playing with all of the families here right now.  It’s really nice to get to chat with the other parents.  Sharing adoption stories, how things are going, what’s been tough, things that work that someone else wants to try.  It’s also nice to be getting to know the other parents, like, where do you live, what do you do, things that we have in common.  And it’s especially great for all of the littles to get to play.  (I am working on a separate post about how nice it is to be staying in a place with other families.  I really am not sure how people survive these 8 weeks without the support of other adoptive parents and their kids!)

While we were driving to the pediatrician’s office a week ago Friday, we passed through the old downtown and saw some pretty great churches/buildings/parks.  It was nice to get glimpses of the old buildings from the car, but even better to get a driver and head back that way and be a little ‘touristy’. We spent the weekend doing some major exploring.  (There will be a separate post about our weekend excursions!) 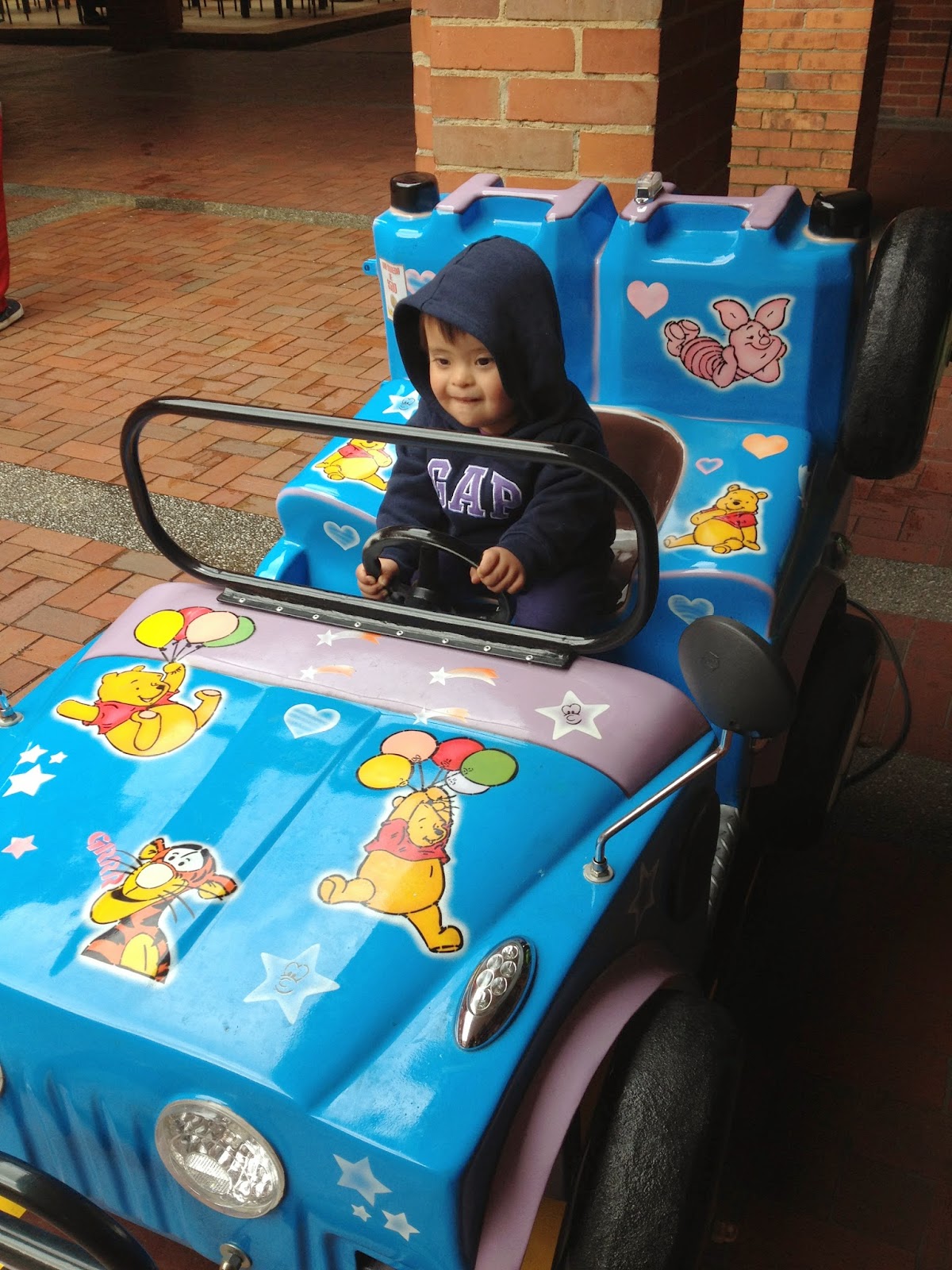 There is a nice park in the opposite direction of the mall/grocery store that we usually visit, so we ventured a bit in that direction.  (And I didn’t get lost!). The strip mall there also has some little rides, so of course we had to try those out!  We have walked over a few times and each time a little too early.  I need to head over for a later lunch to try a chicken place that is supposedly quite tastey! 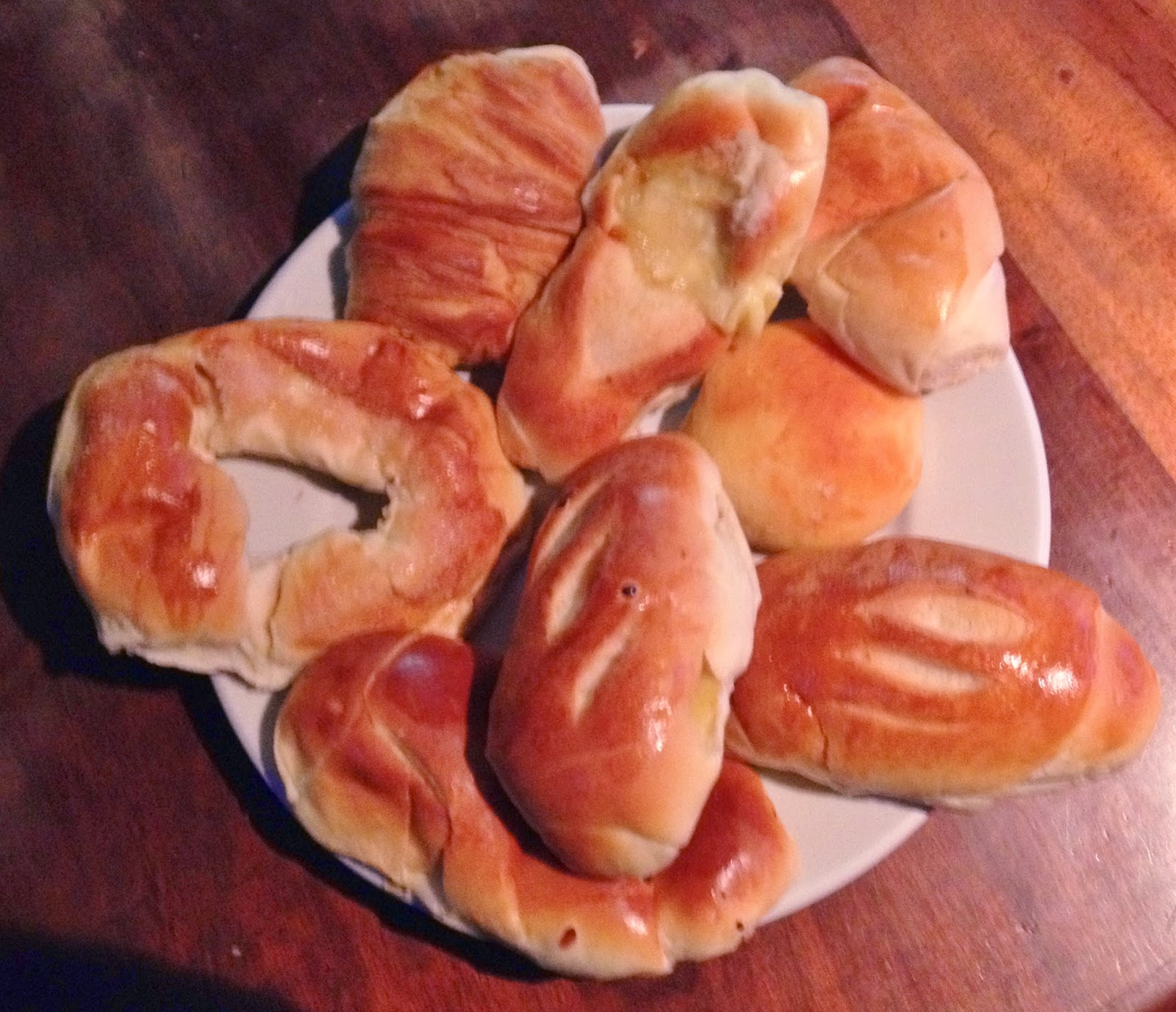 We finally stopped at this little bread place that we pass quite regularly and smells delicious!  Sweet bread for breakfast, cheese bread for lunch and layered rolls for dinner…I think yes!  After you visit once, you must return for more!  I’ve discovered a variety of foods that J likes and will eat, that are also mushy enough for her to ‘chew‘ and swallow.  Thankfully, bread is one of those that she loves!   (Eggs, oatmeal, yogurt, pureed fruit, bread, soup, rice and beans.  It’s kind of a rounded diet, right?)

A couple of our walking outings took a good part of a day, but thankfully the bunny LOVES riding in her stroller and hanging out in the Beco.  She’s also a really great stroller and car napper!  Bonus for any future trips.  Overall it was a quiet and easy week.  Perfect to prepare for the busy weekend and a new week full of Dr. visits, appointments and sightseeing trips.